React and NodeJS: A Deadly Combination for Web Application Development 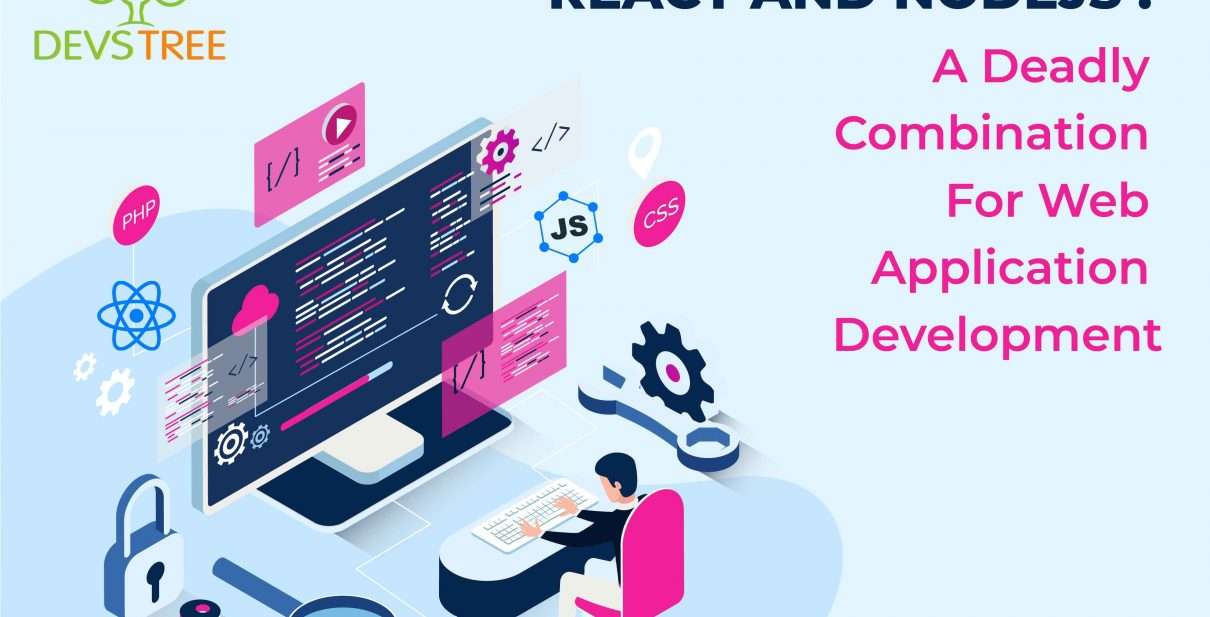 We are now living in the digital age, which means that for tech enthusiasts who are looking for reliable and profitable outcomes in any area of technology, innovation and experimentation have become part of a daily routine. Consider, for example, the creation of web development applications! As new programming languages and frameworks have become available over the past few years, web application development has undergone a sea change in terms of its user interface (UI), features, configuration, API integration, and data structure.

This change has been brought about by the evolution of the latest programming language. Out of many, React and Node.js is two main front-end JavaScript library and backend frameworks that have been the preferred option for many developers in recent times.

The most recent achievements of these two frameworks have inspired developers to construct a large number of web apps that have both low latency and a high level of functionality. And according to industry analysts, there are a substantial number of scenarios in which software developers stand to gain an enormous amount of profit in the future from the combination of React and Node.js.

In 2015, Facebook launched React Native, an open-source front-end framework built on JavaScript. React.js framework has been enthusiastically accepted by a significant number of developers and corporations for the purpose of developing large-scale online apps. In the study that Statista conducted to determine the most popular front-end framework, the results showed that over 40 percent of respondents utilised React.

Node.js is a server-side programming language that is built on top of the V8 engine and is available as open source. It is compatible with several platforms and drastically cuts both the development process and the amount of time needed to execute code. You may construct data-intensive applications with the assistance of Node.js, which is an event-driven programming language that also includes a JS runtime environment. According to the findings of a study conducted by W3Tech, 30 million websites now make use of Node.js.

There are several factors that contribute to Node and React being the lethal mix for developing high-tech online apps. There are following list of some of the most important reasons:

When you combine Node with React, you will be able to create web apps that are data-driven, huge in scale, and modular. These applications will also be responsive to a variety of devices. Your website’s performance would be easier to maintain and enhance inside a single framework, and scalability would be automated as a result.

It integrated Node’s event-driven design into its own framework. The development of real-time apps is facilitated by js. The trustworthiness of your Web App Development will be significantly bolstered to effectively manage huge traffic if you combine it with React.

When developing online applications using Node and React, you may reduce the amount of time and effort required thanks to the cross-platform and code reusability compatibility of these two frameworks. You will also find that developing for several platforms in a shorter amount of time and with less work is made simpler for you.

If you design your web application using Node and React, you won’t have to learn difficult backend languages like Python and Ruby.

The procedure that will be followed here is simple: React will be used for the development of the front end, and Node will be used for the back end. During the process of developing a web app, you will not be required to jump back and forth between several programming languages and frameworks.

The combination of React and Node has all of the features necessary to balance high-serve requests and loads, which provides developers with the benefit of working freely while the application is being developed.

When working on the construction of online applications, developers have a great deal of flexibility thanks to these two unified frameworks, which make it possible to use JavaScript. In a nutshell, there is just one language used for everything.