Pros and Cons of React Native Development In 2021! 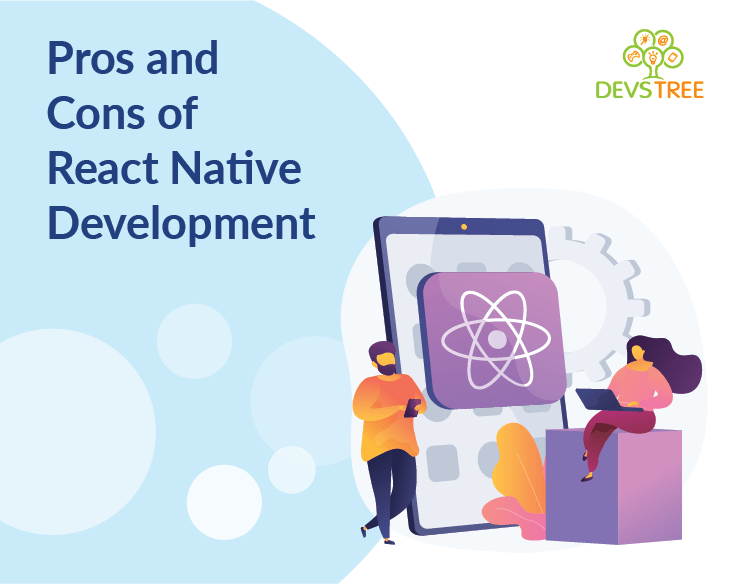 Do you sometimes get an entirely innovative idea to create something you want the world to see and use? A mobile app development framework that you think could revolutionize areas in ways previously unthought and unheard of? React Native Developer allows you to do exactly that! React Native is, in essence, an open-source framework that allows you to create mobile applications. It was created by Facebook Inc. and can be used to develop various applications for Android, iOS, macOS, Windows, Web, etc.

This framework allows the user to create a native application for android and iOS systems by writing a JavaScript code. Further, it lets you use the same file as if you used the native language of the platform after you’ve considerably built the application beyond the preliminary stages.

Why Use React Native?

React native, as a mobile app development company, comes highly recommended because it is extremely easy to use and is slick and smooth. It also has an impeccable user interface which significantly reduces load time. It is quite cheap and can be easily afforded without compromising on quality or functionality.

React Native and being efficient, easy to use, and generally better than other platforms have some distinctly pointed out advantages. Here are some:

While there are wide-ranging advantages of using the React Native Apps development services; however, there are also some cons to using it that you must know before opting for it and optimizing it to your best use. These are:

However, React Native app development companies should still be chosen because they can develop Android and iOS systems and are based on a custom design. This fact in itself provides multiple benefits in stages of development. With this, RN’s custom design also allows easier and better styling across platforms; while the pros and cons can be weighed and decided against, RN is a solid system that is almost unrivaled.